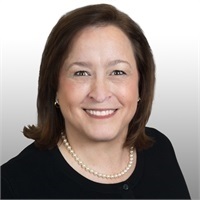 As Office Manager, Michelle assists the President with Project Management, Financial Forecasting, Banking, Legal, Corporate Insurance, and Corporate Taxes.  She is responsible for AP and AR and coordinates with the IT Manager to manage the Company’s technology. In addition, she oversees the completion of the tax preparation services provided by Liberty Wealth Advisors. Michelle possesses exceptional verbal and written communication skills, and she excels at project management.

Michelle started her career as the Executive Assistant to the Chief Financial Officer and Sr. Vice President of Finance of a $350 million in-store advertising and promotion company. After ten years, she joined a former Sr. VP at a publishing company where she acted as office manager, fulfilling similar duties as she does now. She also worked closely with the President of that same company, who started a new magazine as well as two other companies over the course of the next six years.

Michelle enjoys spending time with her husband, Mike, as well as her two college-aged daughters, who are international Irish dance competitors.